You are here:
Welcome
Salzburg
Sightseeing 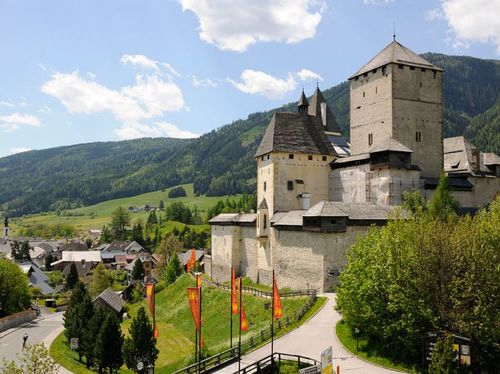 Burg Mauterndorf (12 minutes from the hotel)

The Middle Ages come alive in this former toll station and summer residence of the Salzburg archbishops: whether climbing up the 44 metre high fortified tower, having an audience with the Archbishop or at the Knight’s playground. Discover Lungau’s secrets in the Castle Museum. Energy levels can be replenished with a “Knight’s Meal” at the castle tavern. A spectacular journey for visitors of all ages with an exciting tour with audio guides 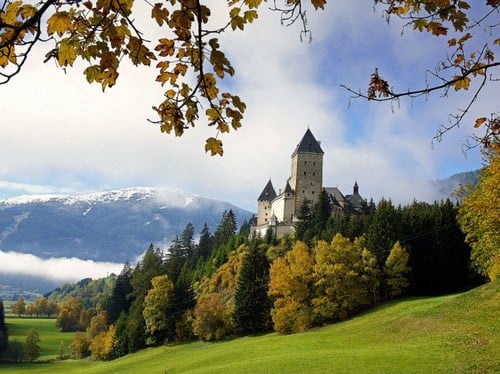 Schloß Moosham (3 minutes from the hotel)

Because of its’ central location, Moosham Castle was the preferred base for the princes and archbishops of Salzburg from around 1520 onwards. At the end of the 17th Century, countless trials initiated by the archbishops took place against alleged witches and sorcerers in the castle. The objects on display were collected by Count Hans Nepomuk Wilczek, who purchased the castle in1886 and turned it into a museum. It remains in family possession. The museum focuses on: living culture in various epochs (16th to 19th Century) sculptures, wagons, hunting weapons, North Pole expeditions, court room with executioner’s sword, torture chamber, findings from Roman times…

Finstergrün Castle (23 minutes from the hotel)

Views of the Murtal Valley can be seen from the three castle courtyards. A former fortress, Finstergrün Castle is open to the public. It is the landmark of the Salzburg community of Ramingstein in Lunga and is located at 1,100 metres above sea level. The castle, with its chapel, great hall, Jolantenstüberl, castle parlour and numerous lounges is the ideal venue for events, weddings, baptisms, family celebrations, company outings and leisurely outings for groups and individuals. 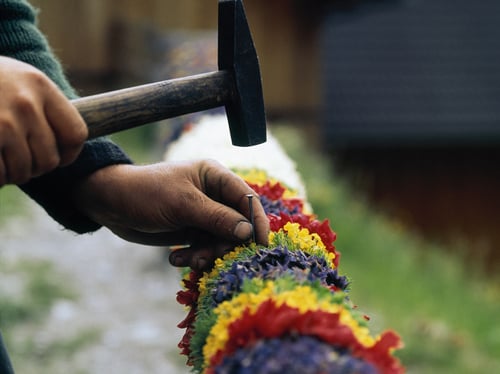 ‘Pranganstgen’ is an annual custom, which culminates on the 24th June, where as many as 60,000 flowers are collected and woven into floral garlands on 6 to 8 metre tall heavy wooden poles, weighing up to 80 kg. The high point of this so-called “mid-summer’s” day is festive mass, followed by the Prangstangen procession through the village. 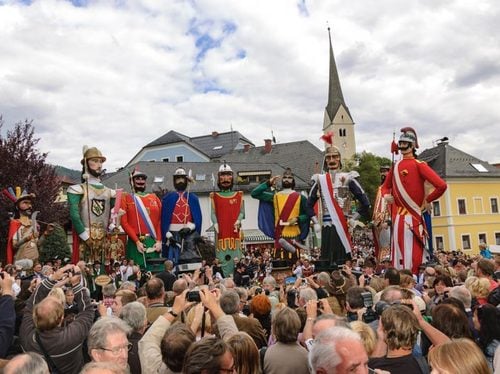 The Samson Giants (in every village)

The Samson figure has been historically documented in the Lungau since 1635 and symbolizes an Old Testament figure with superhuman strength. He represents the battle against the Philistines, having killed 1,000 Philistines with the jawbone of an ass at Lehi. Most of the Samson figures carry such a jawbone as a symbol of strength. Many myths, legends and assumptions are interwoven with this giant figure from the Lungau. Samson can be up to 6.5 m tall and weighs around 85 kg. There are 10 Samsons in Lungau (Mariapfarr, Mauterndorf, Muhr, Ramingstein, St. Andrä, St. Margarethen, St. Michael, Tamsweg, Unternberg and Wölting) and two in neighbouring Styria (Krakaudorf and Murau). This heroic biblical figure is the emblem of Lungau, which explains why he is so often on display at a variety of local festivities. He is born on the shoulders of a young bachelor, who is able to skillfully balance the weight of this giant figure by means of a frame built on the inside of the hollow body. 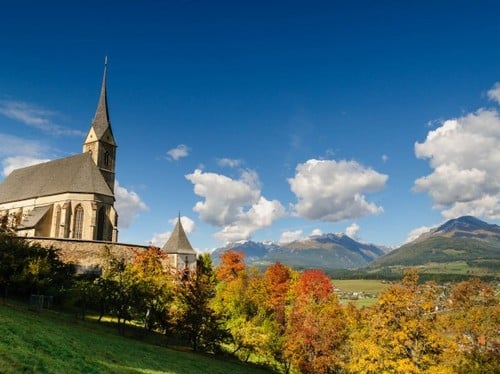 St. Leonhard Church of Pilgrimage in Tamsweg (12 minutes from the hotel)

St. Leonhard Church of Pilgrimage was built in 1430 and is still regarded as one of the most beautiful Gothic churches in southern German speaking areas. Many people visit because of its’ stain glass window and carved alter masterpiece.

On the shores of the Prebersee, which lies amid glorious countryside, nestled between forests and alpine meadows at the foot of the 2,741 m high Preber, itself at an elevation of 1,510 meters, we discover the venue for a one-of-a-kind event: the Water Shoot. This test of marksmanship involves, not aiming directly at the target, but rather at its reflection, in other words, taking aim and shooting at a fictitious point in the water. The projectile is deflected off the water and hits the target which has been set up on the dry land. The Preber Water Shoot is held annually on the last weekend in August.

This historic blast furnace was built originally in 1867 and restored for the first time in 1975. Bundschuh was one of the largest mining areas in Salzburg during the 1880’s. The museum is home to interesting equipment, mining finds, blacksmith utensils, carriages for assisting ore and coal operations, minerals found in Lungau, crude iron from Lungau and much more. You can also take a walk directly into the former mining area. Visitors will gain an interesting insight into the working world of miners in the 1860’s.

Maurergut (15 minutes from the hotel)

The Einhof Farm in Zederhaus is a prime example of cultural history, with its’ thick stone walls, brick granary, mill and herb garden.

Murtalbahn (12 minutes from the hotel)

Whether in an imperial hunting wagon, or the fairy tale carriage, a ride on the Murtalbahn with its’ historic steam train is a special adventure for everyone. If you take your bike with you, you can cycle back to Lungau along the Mur bike path.